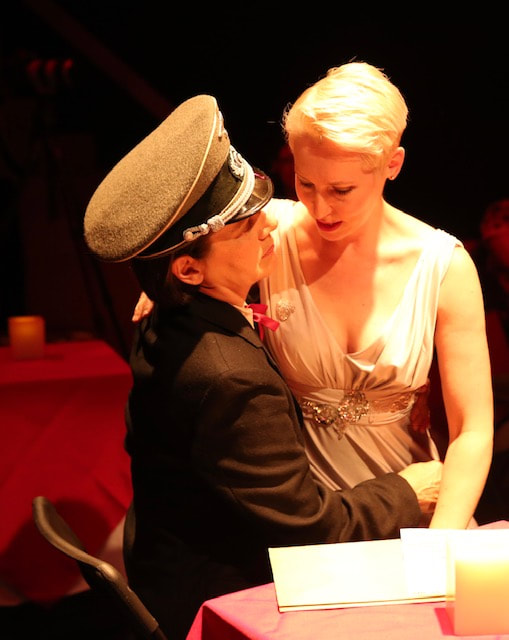 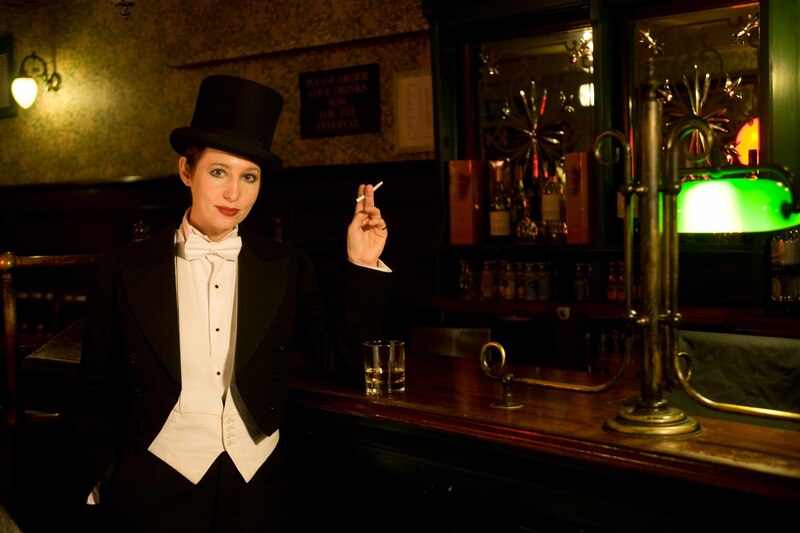 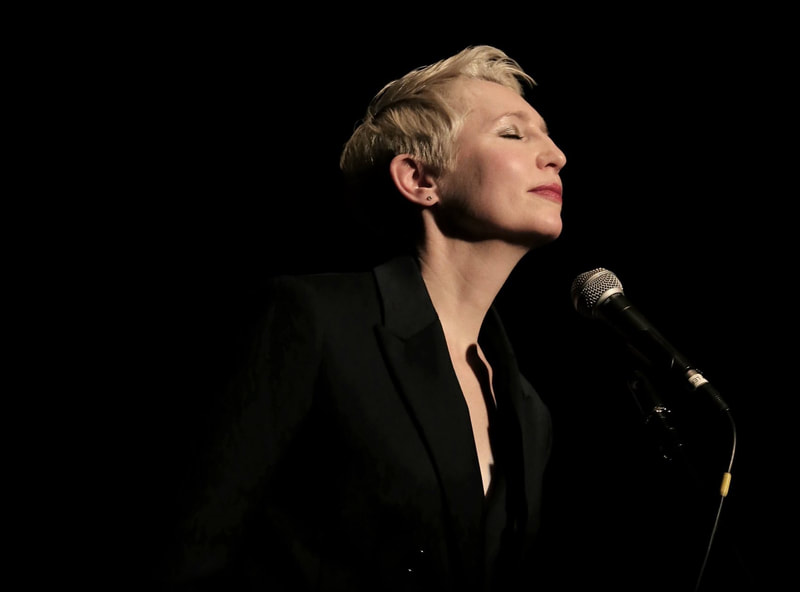 'Walker - a gifted chanteuse' The New Yorker
​Jessica's recent performing and creative projects have taken her from the Barbican to the Adelaide Festival to Brits off Broadway New York.

2022/23 projects include performances of (Dead) Funny Women (originally commissioned by Lichfield Festival), The People's Cabaret,  Forbidden Love at O festival Rotterdam, her new piece with Joseph Atkins - Scene/ Unseen - and the world premiere of Voices of Power, written with composer Luke Styles for the Three Choirs Festival. she is also associate artist at Lichfield Festival for the next three years.

2018-20 projects included Golden Elsie in Alone in Berlin for Royal and Derngate,  Songs for our Times - a filmed concert for Lichfield Festival, Not Such Quiet Girls, commissioned by Opera North and Leeds Playhouse, Gerald Barry's The Importance of Being Earnest for Neue Oper Freiburg in Freiburg and Paris, On The Town for the Hyogo Performing Arts Centre Japan, and workshops for her new opera in development with the Royal Opera House.

2017/18 projects included her play All I Want is One Night, originally produced by the Royal Exchange Theatre Manchester, with further performances at Wilton's Music Hall, the Hope Mill theatre Manchester and the Brits off Broadway Festival New York; a residency at Snape Maltings for Witches Three, her new music theatre piece currently in development; the UK premiere of Sarah Kirkland Snider's song cycle Penelope with Psappha; a recording of WW1 songs for Enter the Peace Broker (Chrome Radio); her new CD All I Want is One Night - death and desire at the French cabaret (Chrome Media); Casting Ouch, a new cabaret with original songs by Jessica Walker and Joseph Atkins at Live at Zedel and the King's Head theatre; further cabaret appearances with Joseph Atkins at Live at Zedel, Roman River festival, Hargrave festival, Nottingham Theatre Royal and the Machynlleth Festival. She was an artist in residence at the 2018 Lichfield Festival.

2016 projects included All I Want is One Night for the Royal Exchange Theatre and The Rattler for Mahogany Opera Group. 2015 included Mercy and Grand - the Tom Waits project at the Adelaide Festival with Gavin Bryars, Unborn in America, by Luke Styles and Peter Cant, at The Vaults Festival, further performances of her solo show Pat Kirkwood is Angry at the St James Theatre Studio, and the singer in Caryl Churchill's The Skriker with Royal Exchange Theatre and Manchester International Festival, recorded for BBC Radio 3. 2013/14 stage roles included Gwendolen in Gerald Barry's The Importance of Being Earnest (NI Opera), Nurse/ Harriet in Sunday in the Park with George (Theatre du Chatelet), Gloria, A Pig Tale, by HK Gruber with The Opera Group. Other roles include Gloria in Weill's One Touch of Venus (Opera North), The Little Arab in Martinu's Julietta (Opera North at the Ravenna Festival), Gigi in School for Lovers (Glyndebourne and Finnish National Opera), Peep Bo in The Mikado ( Nationale Reis Opera, Holland), Ninfa in Monteverdi's Orfeo (Opera North), Tamiri in Mozart's Il Re Pastore (Musiektheater Transparant), Messenger and Proserpina in Orfeo (The Opera Group), and Cherubino in Le Nozze di Figaro (Stanley Hall).

Since 2010 Jessica has been touring The Girl I Left Behind Me, a solo piece devised by her and director Neil Bartlett, and commissioned by Opera North projects, to great critical acclaim. Performances have included a week's residency at the Barbican Pit, the Purcell Room, Howard Assembly Rooms, Sage Gateshead, Brighton Theatre Royal, Aldeburgh Festival, Coutts Arts Festival, the Frome Festival, Buxton Festival, Lowry Salford Quays and Norfolk and Norwich Festival. The piece enjoyed a 3 week sell-out run at the 2013 festival at the 59E59 theatre New York, was recently published as a play script by Oberon Press, and was released in 2014 as a CD on the Original Cast Recordings label.

Her solo show, Pat Kirkwood is Angry, originally co-produced by Opera North, in association with Royal Exchange Theatre, and directed by Lee Blakeley, began life at the Manchester Royal Exchange studio and the Howard Assembly Rooms in October 2012, and has toured ever since, with performances at the St James Theatre, London, the Grassington Festival, the Richard Burton Theatre, Cardiff and the main stage of the Royal Exchange. In June 2014 went to the Brits off Broadway festival for a three week run, in which it was Charles Isherwood's critics pick of the week in the New York Times.

In May and June 2013 Her cabaret opera - An Eye for an Eye - written with composer David Knotts, premiered at both the Bath and St Magnus music festivals, to critical acclaim.

Jessica's other recent concert engagements have included Love is a Drag at Grassington Festival, Peace Cabaret at Lichfield Festival. Brel, Brassens and Barbara at the Bath International Music Festival with Alasdair Nicolson. recitals at the Howard Assembly Rooms, Opera North - Recession Songs and Songs from the Left Bank - with accompanist Jim Holmes, Ligeti's Aventures - Nouvelles Aventures and the world premiere of Joanna Lee's song cycle, Elephant Woman, both with Psappha. She toured Mercy and Grand: the Tom Waits Project with Opera North throughout the UK and in Milan, a CD of which has been released on the Gavin Bryars label, GB. A CD from a previous concert tour of hers - A Quiet Girl: songs of love and other disasters - is available on the Avid label.

Other recent projects have included Nerone in The Coronation of Poppea at the Kings Head, in a new version translated and directed by Mark Ravenhill, with jazz arrangements by Alex Silverman, a revival of Mercy and Grand  at St George's Hall, Bristol and the Spitalfields Winter Festival, and the title role of Ziggy in Unborn in America, by Luke Styles and Peter Cant at the Tete a Tete festival, ROH2's Exposure and the Soho Theatre.

As a performer/ deviser, Jessica was part of the core artistic team for a major collaboration - OPENCOV - between Opera North, Leeds University, Bregenz Festival and the Shanghai Theatre Academy, exploring links and differences between Chinese and Western operatic traditions, and culminating in workshop performances in Shanghai, Bregenz and Leeds.

Jessica is a graduate of the Guildhall School of Music and Drama. She was awarded her PhD with commendation from Leeds University in 2016, with the support of a bursary from the School of PCI. Her practice-led research explored 'The Singer-actor as Creator and Collaborator: a performer-led model for new music theatre works.' See the Dr Jessica Walker page on this website for more details.